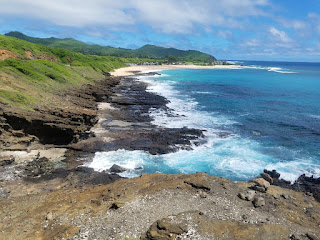 A view of Hawaii's Shoreline

Greetings!  Louisiana is not known for its cold winters, but you cannot put Mother Nature in a box.  It was 32 degrees at my house this morning, and three days ago got all the way down to 19 degrees.  I have been in mountains after it snowed and it was not that cold.  I am starting to wonder if I will see dogs and cats living in peace and pigs with wings.  (I can see geese and cows out my window though.)

As I have mentioned before, I am a big fan of science fiction and fantasy.  I am writing a fantasy series currently and hopefully by the end of this year I will have the first book published.  One of the reasons why I like writing is the puzzle that world-building presents itself as.  Now, some people would say, “Wait a second, you are writing fantasy.  Can’t you just make everything up?”  That statement is partially true.  In general, epic fantasy (which is what I am writing) involves an author creating an entire world system.  So yes, I can make up whatever I want.  However, if you want your world to be believable, it must be logical and have believable places and people in it.  And dare I not say, a unique but logical magic system.

George R. R. Martin, Robert Jordan, and Tad Williams are three of the best modern fantasy world builders.  (I mention them because I have read their books and I liked them.  It’s my opinion and since it’s my blog I can say whatever I want.)  They both created worlds that are alien to our own and yet very familiar.  Their worlds are familiar to our own because they look and feel very similar to people and places from various times in Earth’s history.  In addition, Martin has said on several occasions that he considers his books historical fiction, which means that he borrows heavily from history.  In Martin’s world of A song of Ice and Fire, the continent of Westeros history closely parallels with that of western Europe.  However, the king of England did not have to fight ice zombies or fun dragons to ride.

The late Robert Jordan was a master at world building.  In his The Wheel of time Series (WoT), Jordan showed his brilliance in combining familiar cultures from earth into new entities and by inverting millennia old tradition.  The Aiel are a people that would look familiar to most these days.  They are tall, thick muscled, have a propensity for blond or red hair, and have blue or green eyes generally.  This sounds a lot like the Germanic peoples of Northwest Europe.  However, Jordan made their culture something of a cross between American Indian and the Zulus of South Africa.  If WoT were pure historical fiction, this type of experiment could never take place because there is no historical record of a Germanic tribe that was culturally related to the Zulus living a desert.

Fantasy authors can make these fun thought experiments all the time because of the flexibility that world building presents.   Almost any type of world can be created if an author follows one of the golden rules of fantasy; is fantasy world believable? Tad Williams’s Memory, Sorrow, and Thorn (MST) presented a believable world with a feeling of deep history and lore.  Within the first few pages The Dragon Bone Chair, the first book of the MST series, the reader is immediately thrust into a rich world that feels three dimensional and ancient.  Williams brilliantly borrows from history and some very familiar religions to almost make the reader second guess if they are indeed reading a story about our own world.

If you boil it down to its core, fantasy asks a simple question.  By crafting a certain comfort level and curiosity within the reader’s imagination, the author creates the irresistible trail for the reader to follow.  And what is the creative force behind the curiosity that fuels the reader down the trail of imagination?  That force is a simple yet infinite question.  What if…? 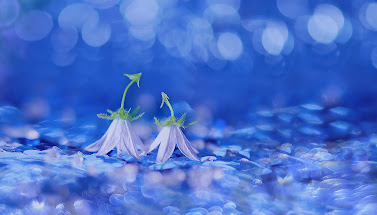